Intel today announced its new 12th Gen Core processors for the desktop. The six new models being announced today are the first of Intel’s new generation of processors based on the company’s Alder Lake architecture using a 10nm fabrication process.

Three of the six models being launched today include the Core i9-12900K, Core i7-12700K, and the Core i5-12600K, with the remaining three being the KF variant of the aforementioned models (the F signifies a lack of an integrated GPU).

Aside from the new architecture, the headlining feature of this generation of CPUs from Intel is the switch to a hybrid core design. Instead of using multiple cores of essentially identical performance, the Alder Lake design uses a combination of Performance-cores (P-cores) and Efficient-cores (E-cores).

In theory, this works the same way most of the processors on modern smartphones, tablets, and Apple’s M-series desktop processors work. The P-cores do the bulk of the legwork when an application requires maximum performance but let’s say you have music playing in the background or some other low-level task then the E-cores can take care of that while consuming a lot less power than the performance cores. 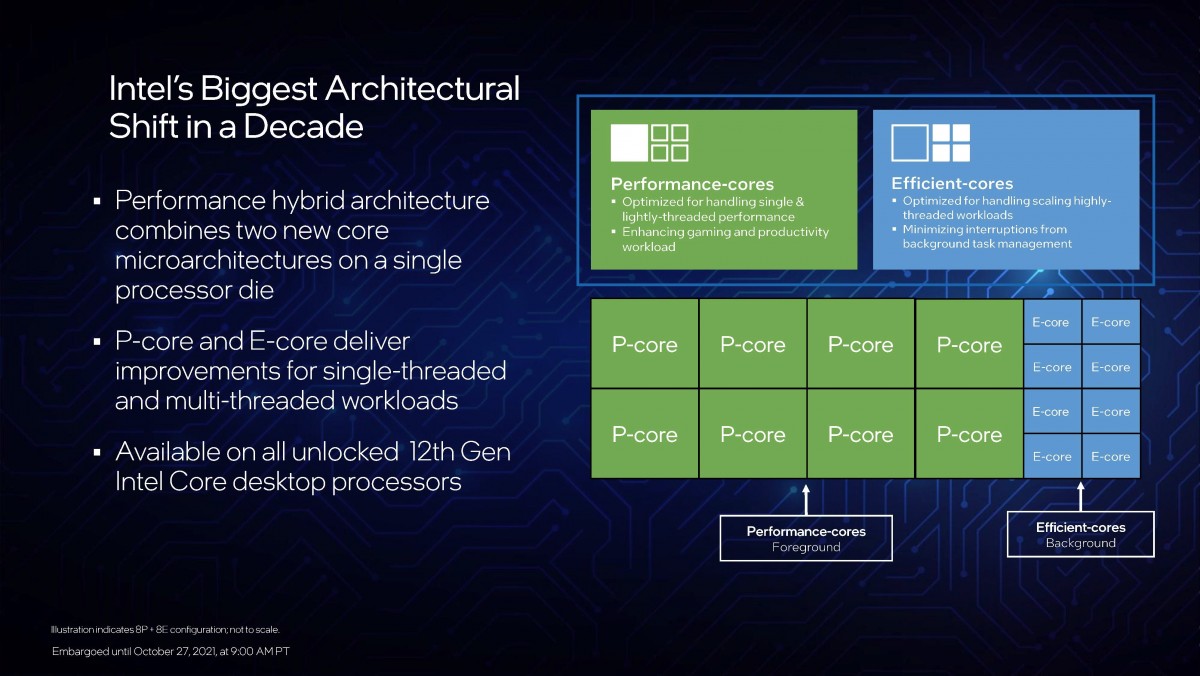 We are also getting a bump up in the cache size, with the i9 models getting 30MB L3 cache, i7 getting 25MB, and the i5 getting 20MB. On the models with an integrated GPU, you are getting the Intel UHD Graphics 770.

With these new processors, Intel is also switching to a new chipset, the Z690. It will use a new LGA1700 socket, which means both the new motherboards and the new CPUs can only work with each other for now. Over 60 new motherboard models are expected from various vendors at launch. 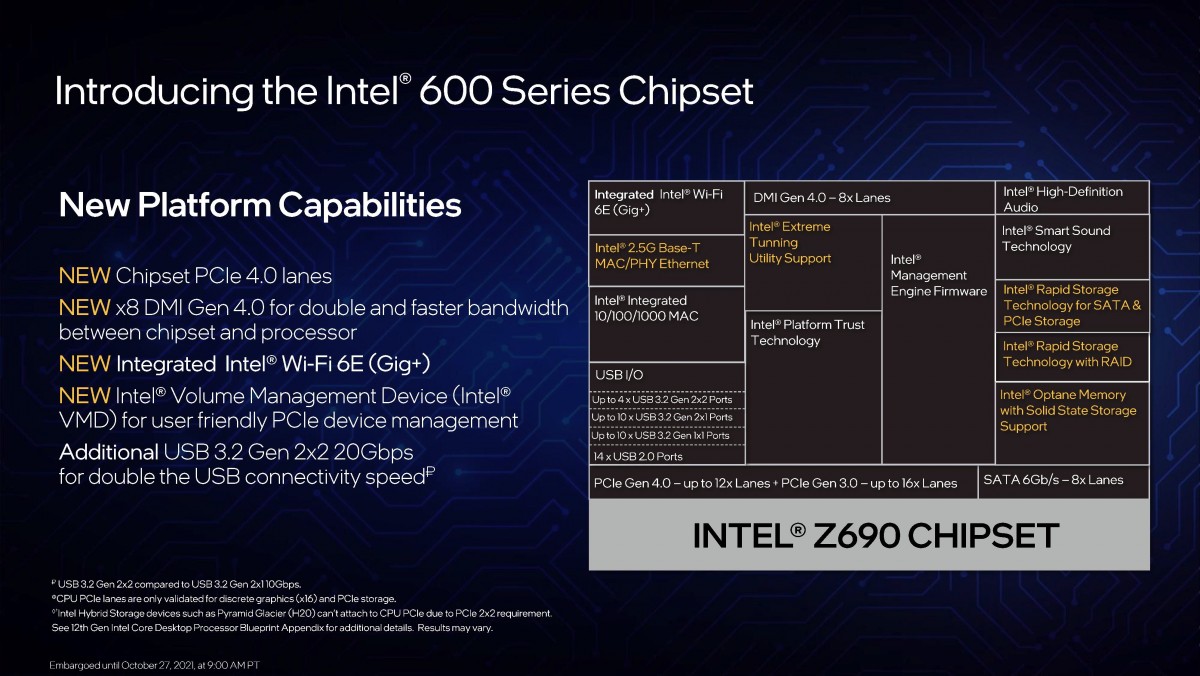 The new 12th Gen chips are the first to support DDR5 memory with native support for DDR5 4800 MT/s and higher speeds unlocked via the new XMP 3.0 profiles. The chips also support DDR4 memory but it does not support both DDR4 and DDR5 memory at the same time. While purchasing a motherboard, you will have to choose one that supports either DDR5 or DDR4 memory and you can only use that memory with that board.

With these new chips, Intel is finally abandoning its nebulous TDP rating and now instead providing direct power ratings for base power as well as maximum turbo power, so users have a far better understanding of the power and thermal characteristics of their chips before choosing the cooling solution for them. The Core i9-12900K, for example, has a power rating of 125W for base power consumption at base clocks and 241W at maximum turbo clocks. The i5-12600K is 125W and 150W, respectively. 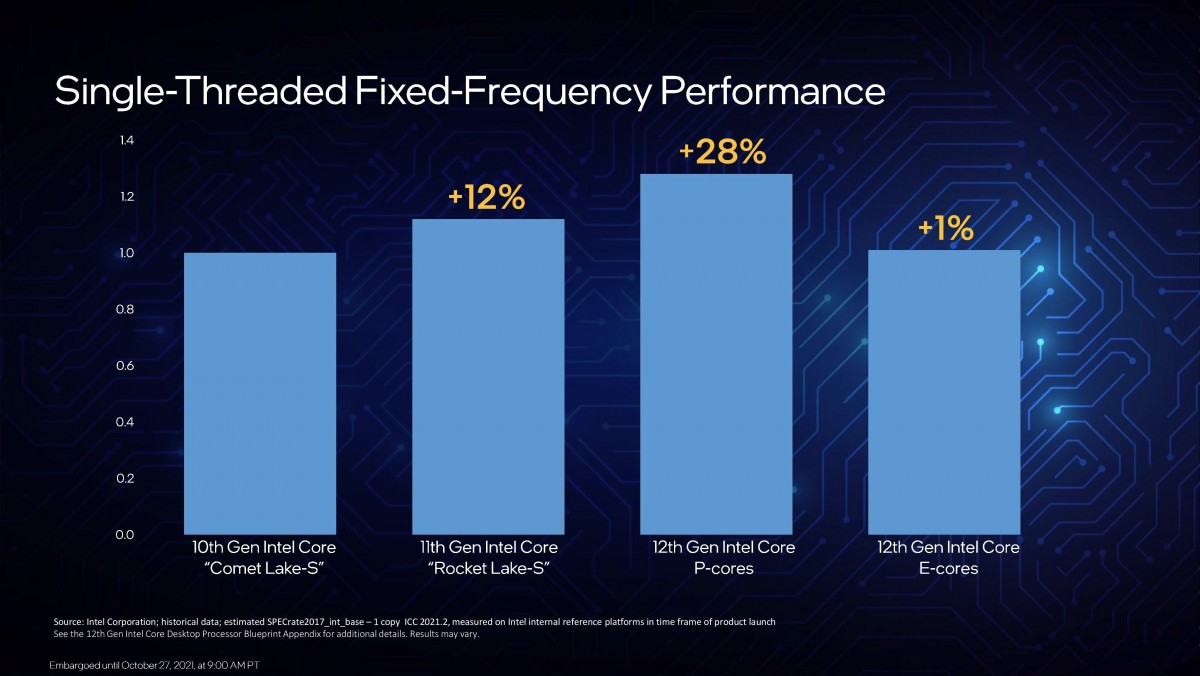 In terms of performance, Intel claims that the new 12th Gen processors are now the world’s best gaming processors when compared against the Ryzen 9 5950X in 31 titles. The company also claims improved productivity performance over the previous generation Intel chips. 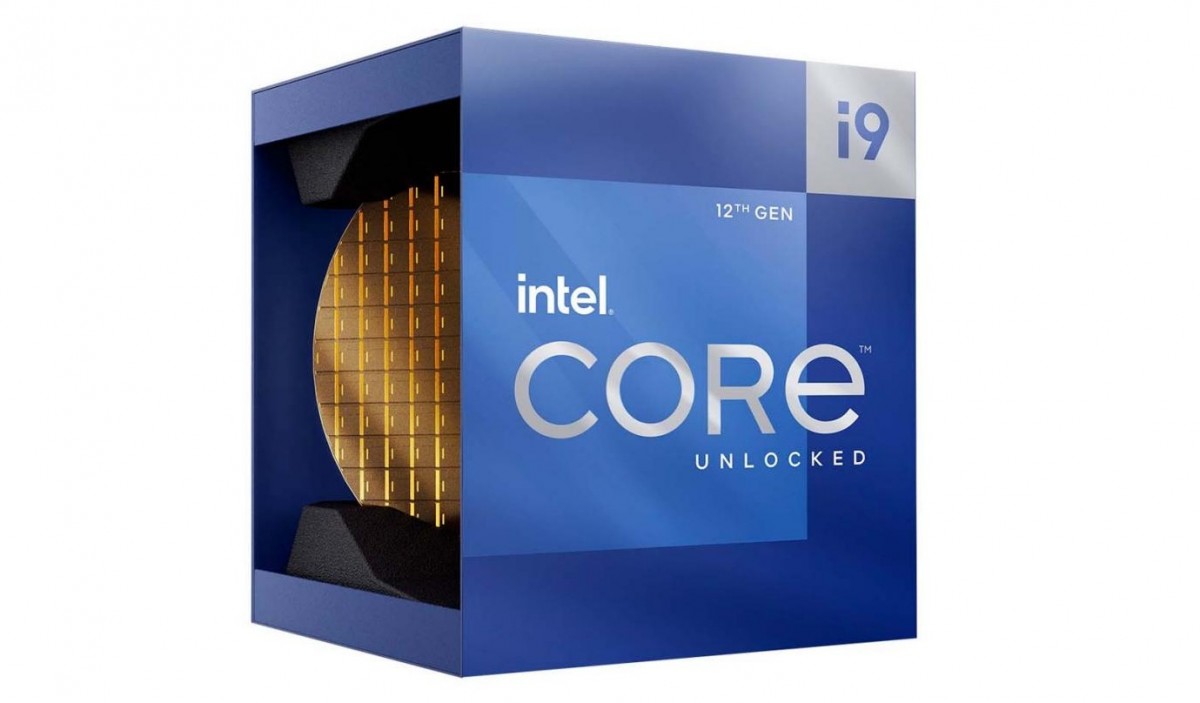 One Laptop per Child can't bridge the digital divide