There is another affordable 5G Nokia phone on the way – two, in fact, but today the rumor mill surfaced detailed specs for only one of them. The Nokia G300 5G will be based on the same Snapdragon 480 that was used in the recent G50 as well as the X10 and X20 (speaking of, the other upcoming phone we mentioned is the Nokia X100).

HMD Global never released a Nokia G30, so this isn’t a sequel. It’s not exactly an upgrade over the G20 either, at least as far as cameras and batteries are concerned. Though this one has a much more powerful chipset (it’s not hard to beat a Helio G35) and 5G connectivity. 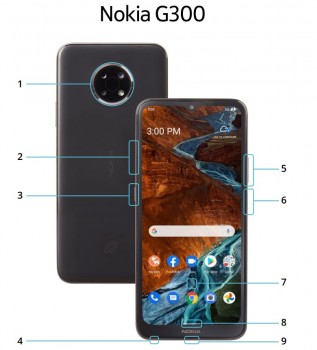 The Nokia G300 5G will run Android 11 out of the box (one of the few remaining clean versions, mind you). It will come with 64 GB of built-ins storage plus a microSD card for up to 1 TB more.

So, the Nokia G300 should cost between €160 and €270. Of course, that is just a guess, the real info should arrive at HMD’s October 6 event (which will bring a Nokia tablet too).