Android 12 released earlier this month arrived on Google’s Pixel smartphones a few days ago after the Pixel 6 duo was announced. But those who own a non-Google phone will have to wait for at least a few months before they get the stable Android 12 on their devices. However, some phone makers have already announced their Android 12 beta rollout plan, with vivo being the latest to join the group.

vivo has confirmed the Android 12 update for 31 smartphones under its S, V, X, and Y series, and it will begin rolling out the beta version starting next month, with the X70 Pro+ being the first in line to receive it. 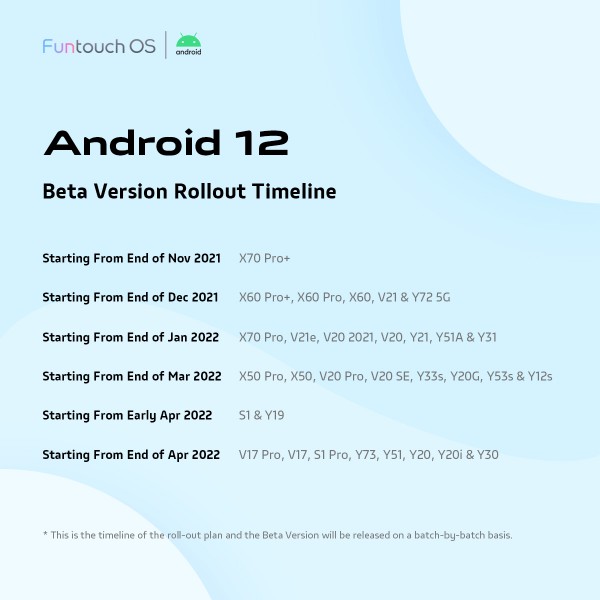 vivo hasn’t mentioned Funtouch OS 12 anywhere in its official communication, which is the latest version of its custom Android skin for global markets (Chinese units run Origin OS). But, since the X70 series in international markets already runs Funtouch OS 12, you can expect the Android 12 beta update for the smartphones mentioned above to come with Funtouch OS 12 on top. It’s also worth mentioning that this Android 12 beta release schedule vivo announced today is for India only, and the rollout plan for other countries might differ.

Do you think AI chips on phones have lived up to the hype?